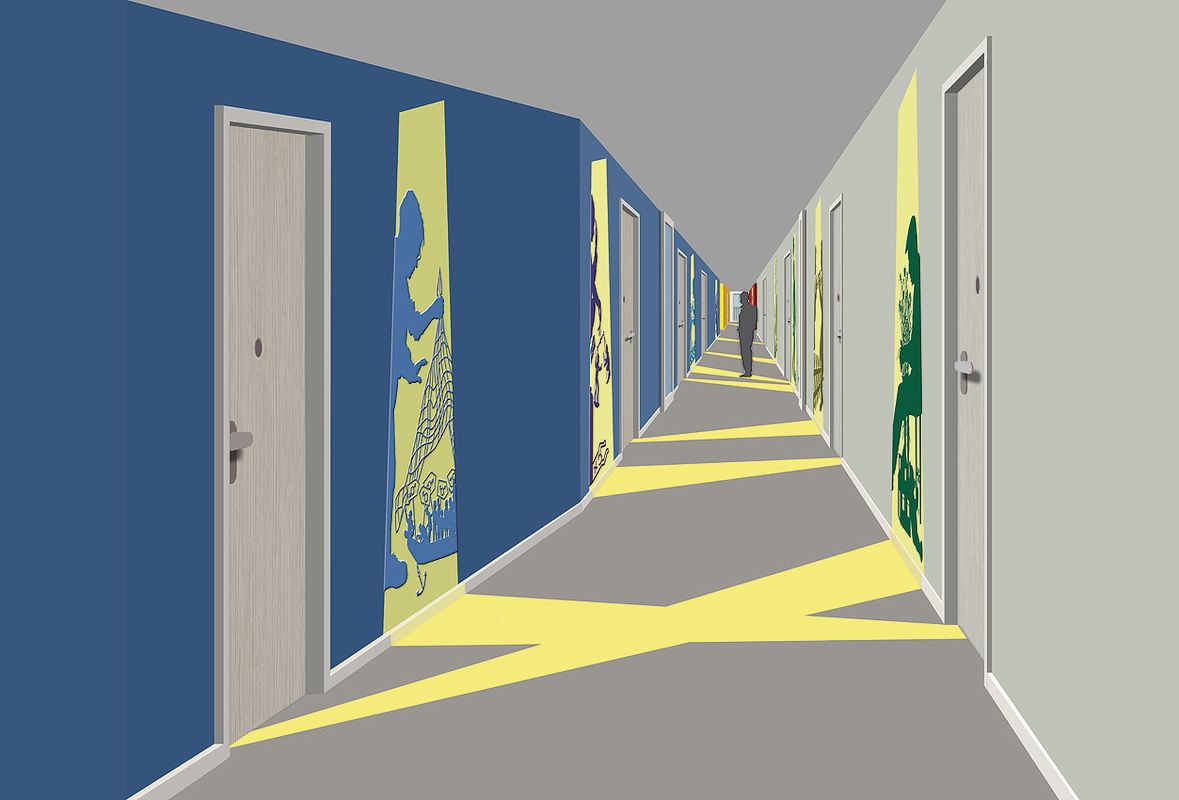 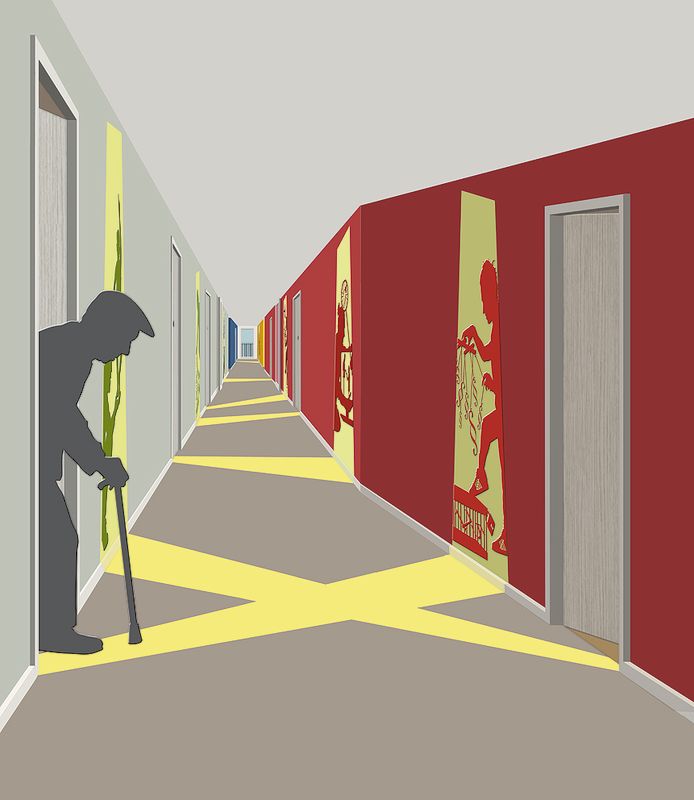 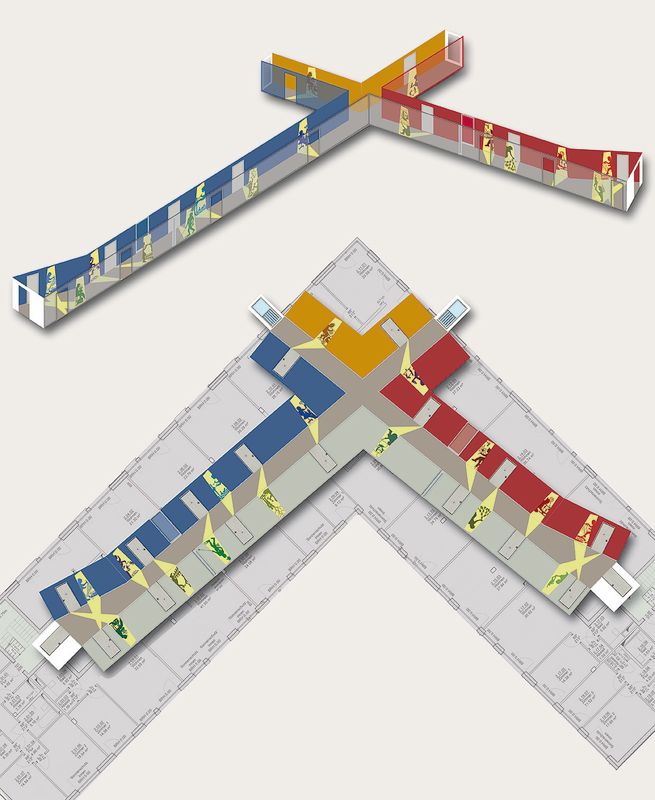 „Lebensort Vielfalt“ is a residential project in which older LGBTI-people can live and be cared for until the end of their lives. The apartments are accessed on each floor by two crossing corridors. As part of a competition, projects by four different artists were selected for the design of the individual floors.

Based on the picture of the village street, I interpreted the two corridors as a space between different, adjoining residential areas. The structural element of the long wall surfaces are the apartment doors. They are the gateway to people, their areas of life and life stories. Every resident should look at their own motif, such as a front garden, when they open their door. In the public space „village street“, these motifs can become a starting point for conversations or simply arouse curiosity about what is really hidden behind the respective door.

The basic idea: if a door is opened a bit, a light falls outside onto the floor and is thrown onto the opposite wall as a surface. If a scene took place behind the door, inside the apartment, it would appear like a shadow play in the light cone on the opposite wall.

The motifs relate to the reality of life for LGBTI-people. Their life experiences differ significantly from those of the heteronormative majority society. Typical experiences are, for example, conflicts with one's own family and their expectations, the loss of many close friends as a result of the AIDS crisis in the eighties and nineties or the criminalization by paragraph 175, which older gay men still experienced. On the other hand, there are positive aspects, such as the great permeability of social and ethnic boundaries within the community or opportunities to reflect the own gender identity and play with it.

In this sense, my motifs summarize complex life experiences. They line the hallway, which can also be read as a way of life.