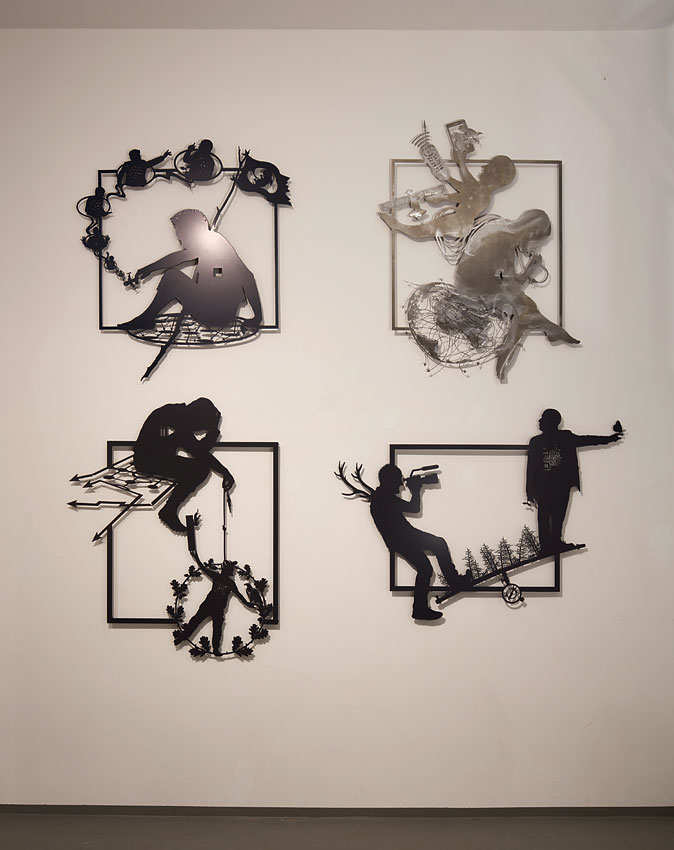 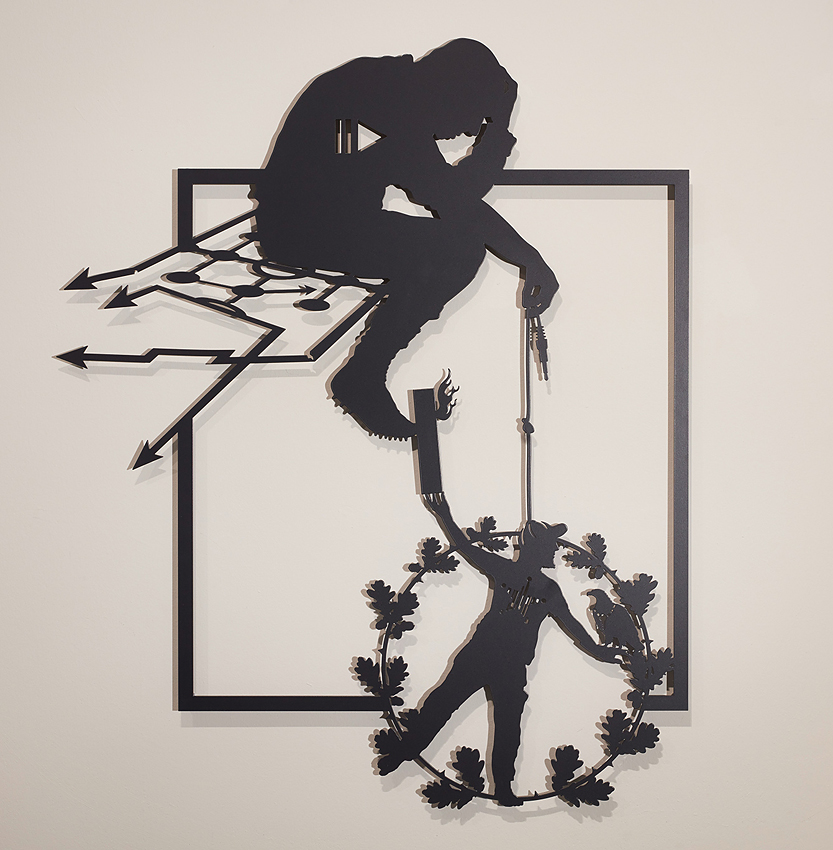 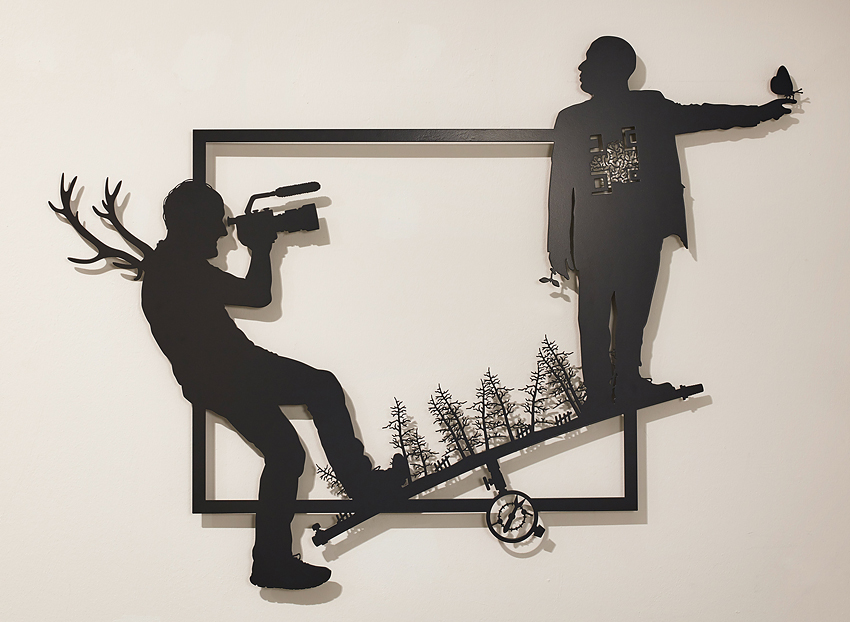 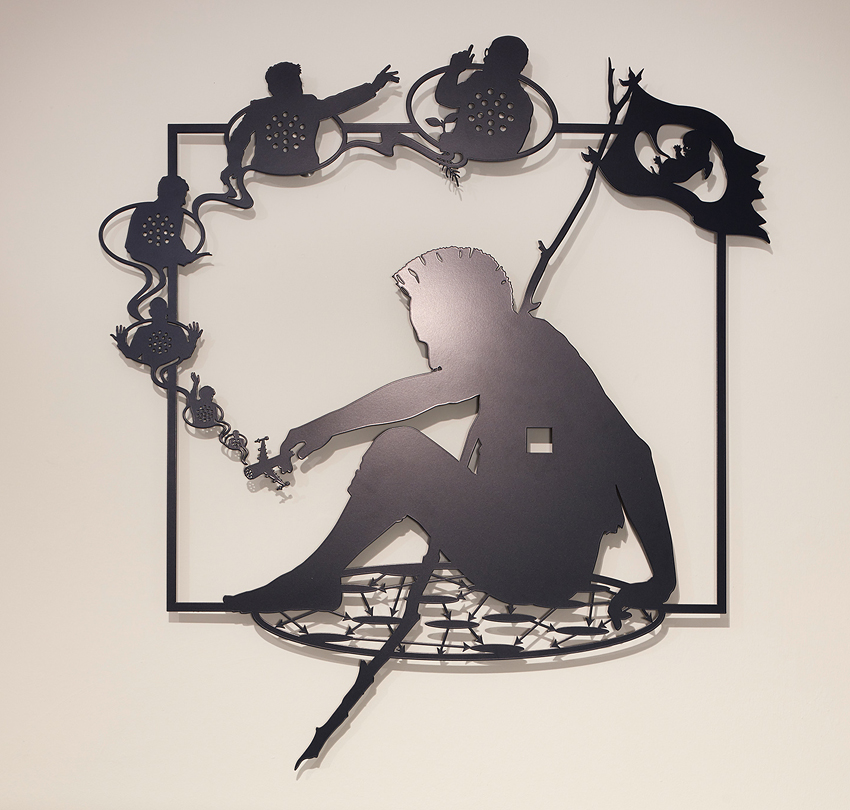 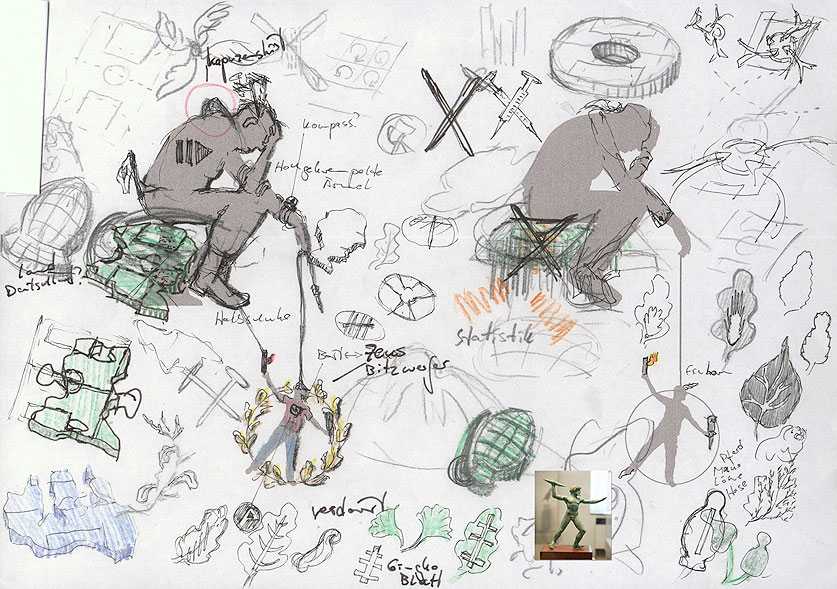 Under the impression of the so-called refugee crisis, in 2015 I started developing this group of works. It is an expression of how helpless and shocked I feel about the highly polarized public discussions and their simplistic answers.The term "narrative" is increasingly appearing in the current discourse. It actually describes a meaningful positively connoted narration. However, in view of the geopolitical problems of recent times, many of these stories seem to lose their credibility and persuasive power.

Such narratives are comparable to allegorical representations. Both compress complex correlations into simple, consensual pictures. In this series I use different symbols, from the heraldic sign (flag, oak leaves wreath), through certain gestures and poses (such as the speaker who points the only true direction) to the iconic image of the burning twintowers. However, I use them contradictorily to ask whether the (salvation) promises of collective narratives can still be viable, in a time of medial overheating.

What happens to a society when its framework conditions change so quickly? Can such visions still form a collective binding force?