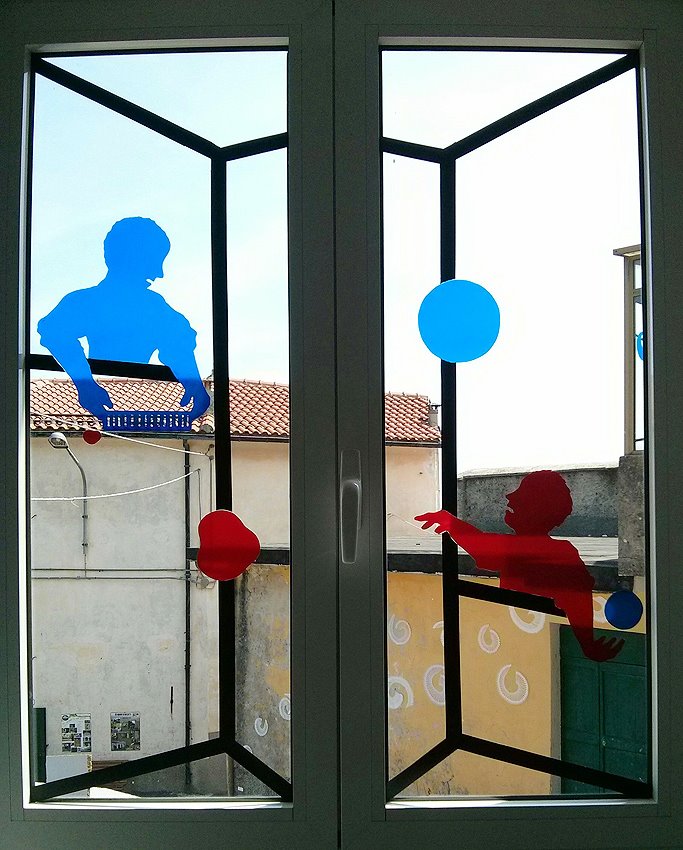 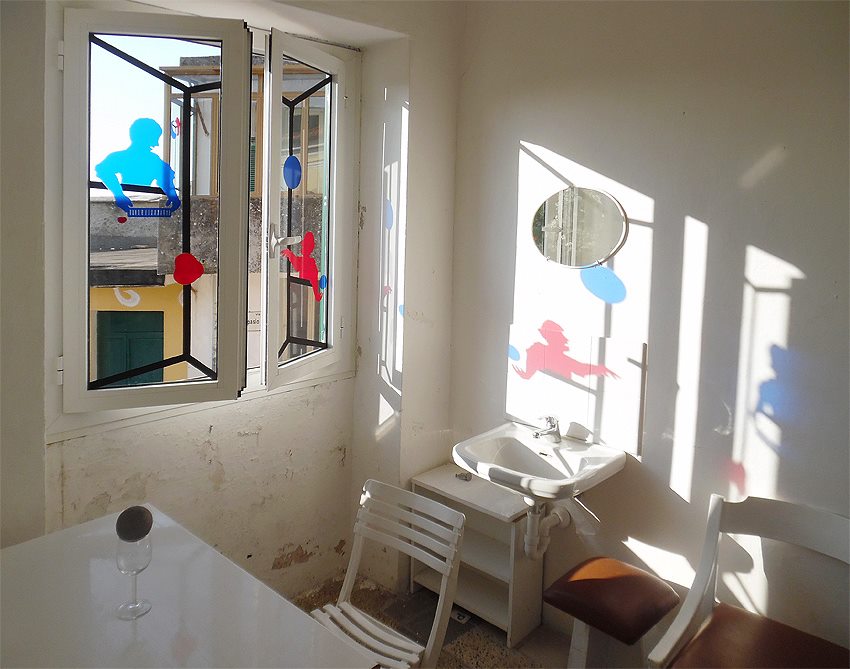 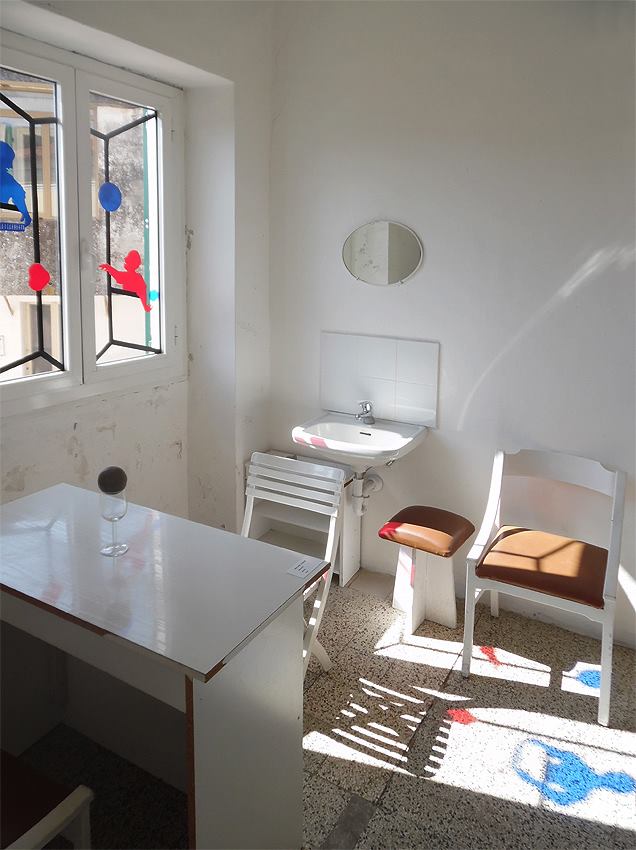 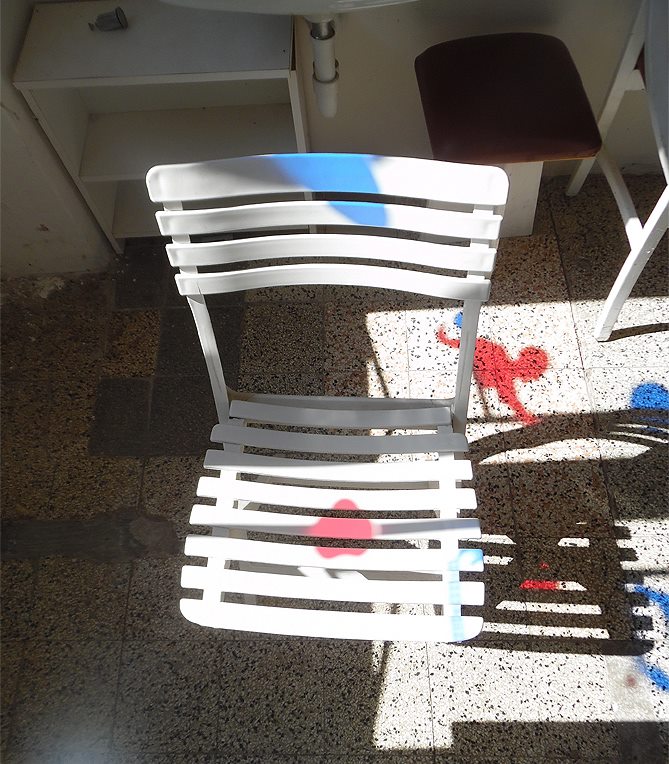 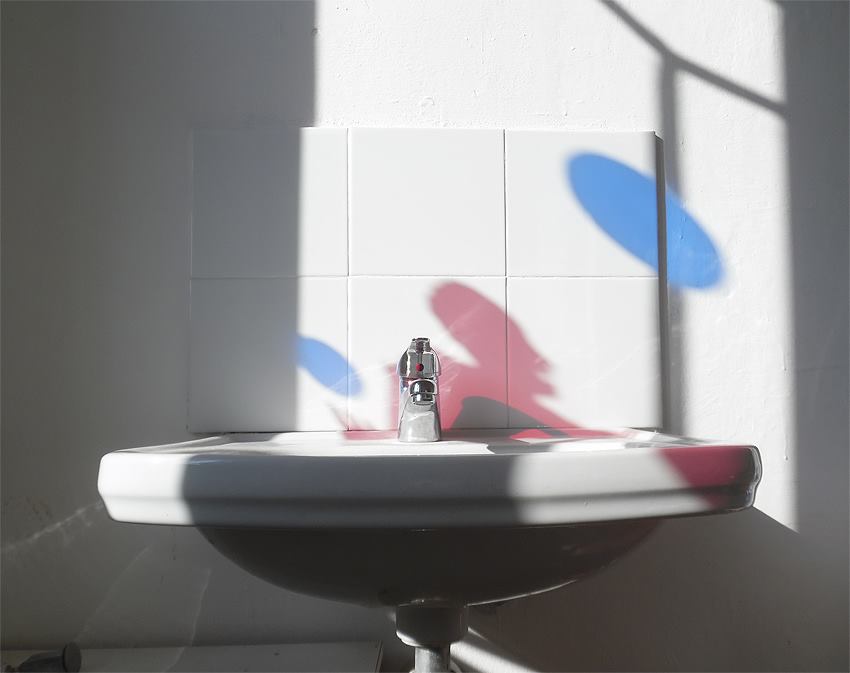 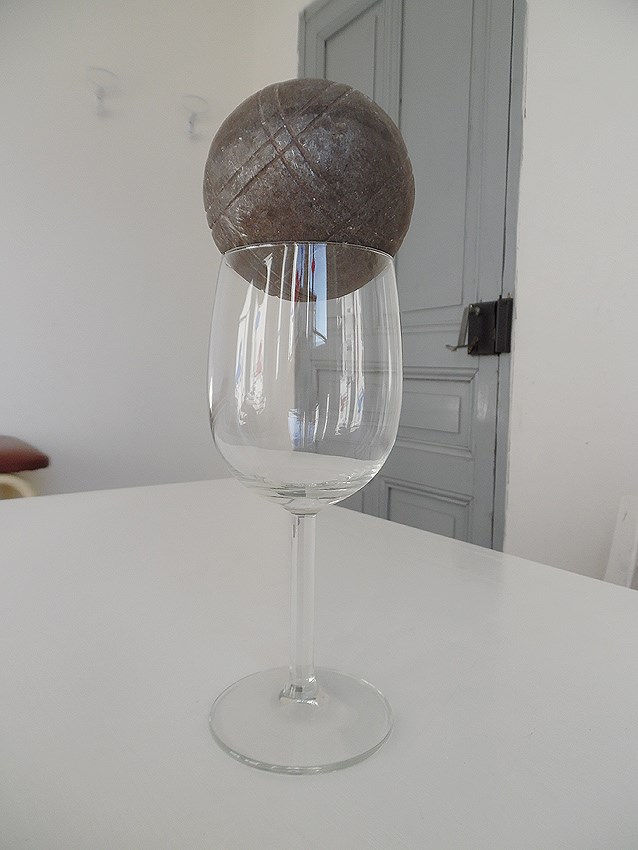 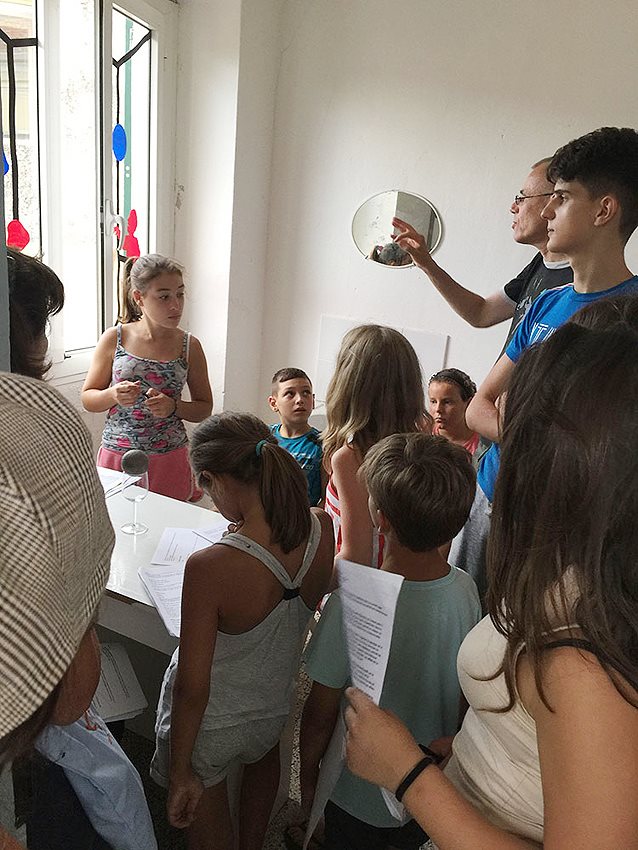 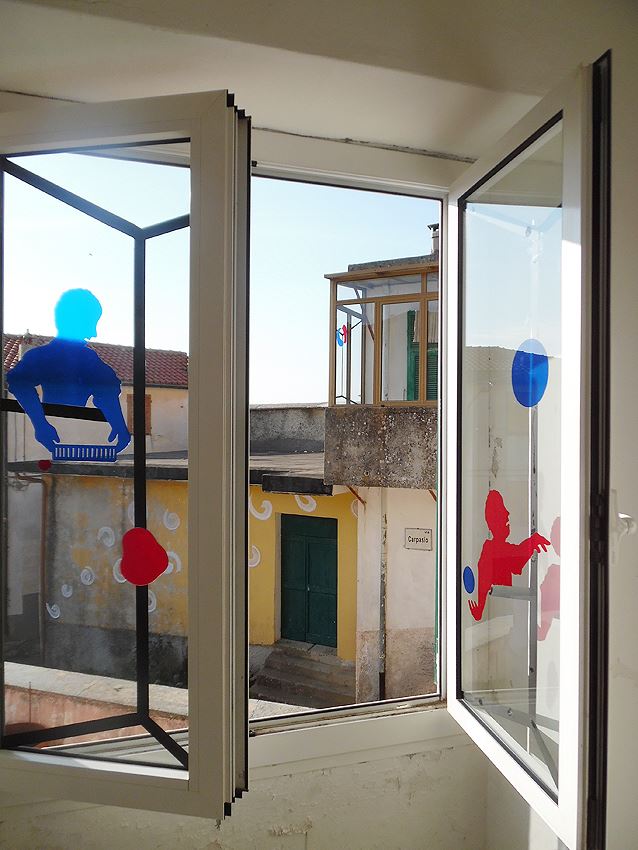 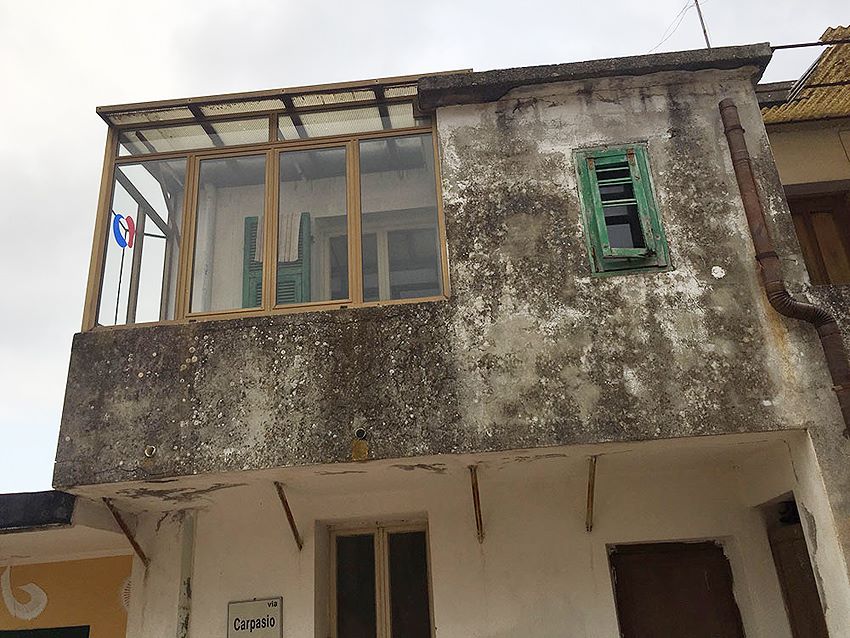 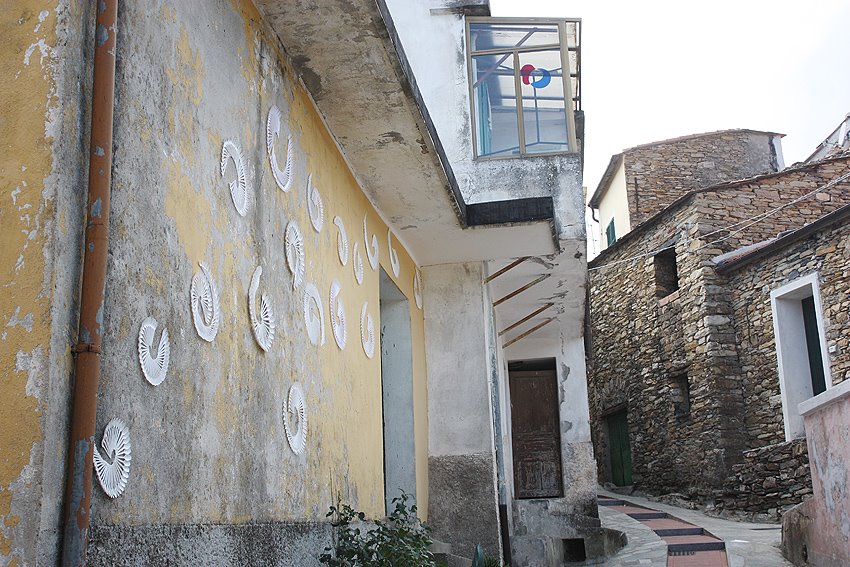 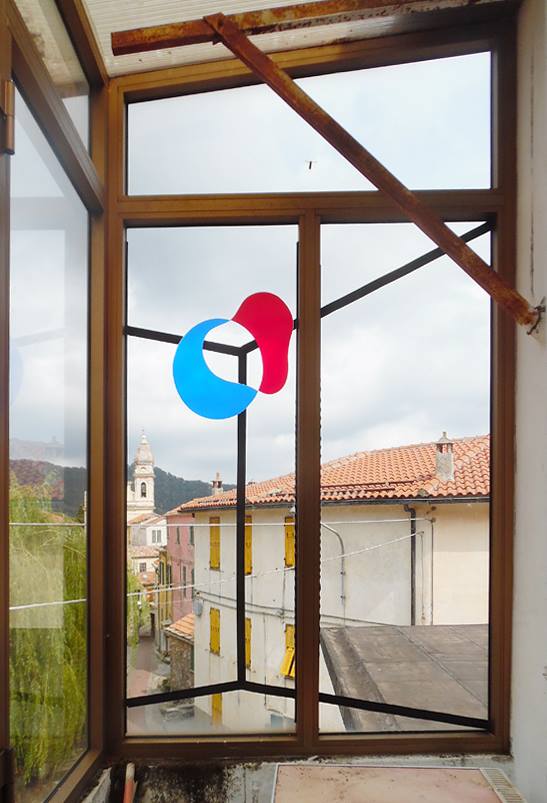 September 2017: Just back from Liguria, where I was invited along with 23 other artists to the five-day art festival "Ad ognuno la sua p-arte" - organized by "tadlachance" in the remote mountain village of Villatalla. We had two and a half days to develop and complete a site-specific project. On the third day there were public tours for visitors - done by the children of the village. The artists had to introduce their work and thoughts to them first. They have done the tours with great empathy and commitment. A fantastic approach to teach art!

I have done a work with colored foils on the windows of the doctor's room. Two days per week a doctor comes to the village - there are enough old people to be cared for. There is a provisionally consultation room in the parish hall. My thematic starting point was the bocce game, which people play with great enthusiasm (and for money!) every evening on a court in front of the only bar in town - until late at night. I imagined the bullets would be planets ... or hearts ... In the glass annex of an opposite, abandoned house, the work continues. Incidentally, it was quite difficult to identify the owners to get there at all. It belonged to their grandmother, who died 20 years ago. Inside it was like a time capsule: everything completely unchanged with a thick layer of dust on the Thirties furniture and traces of woodworm on the terrazzo floor below.

For me it is always a surprising experience that it is possible to develop a project in such a short time. The colored reflections on the wall and the floor, which change with the passage of the sun, were also surprising to me.