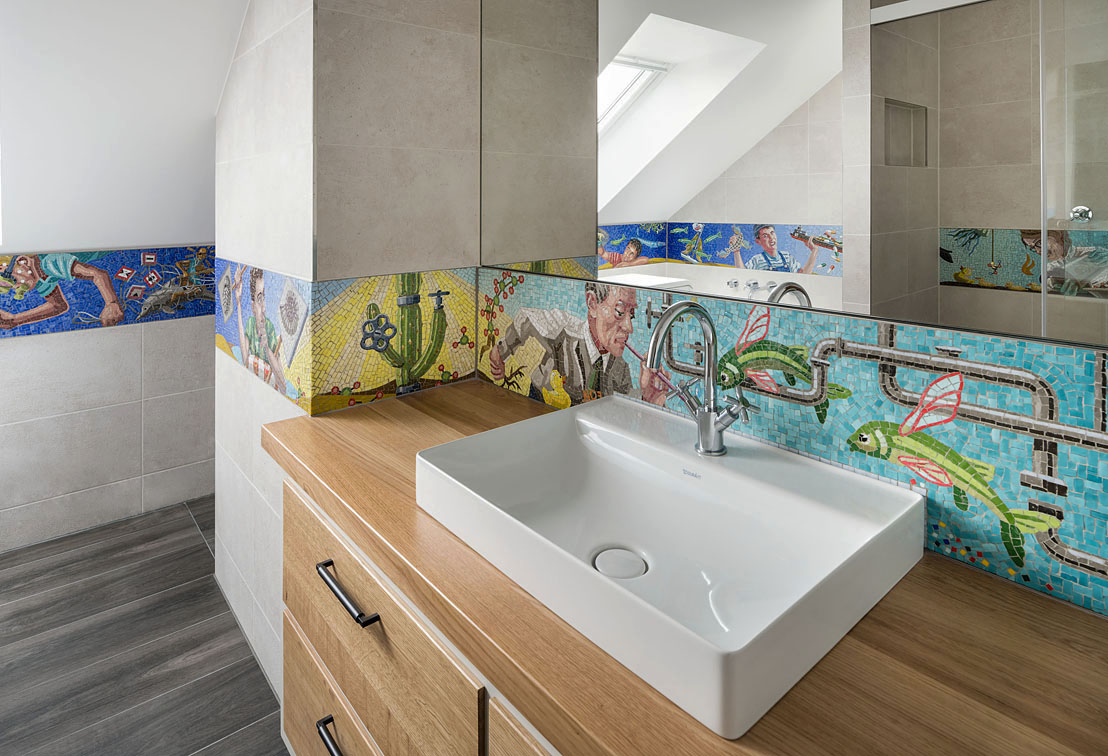 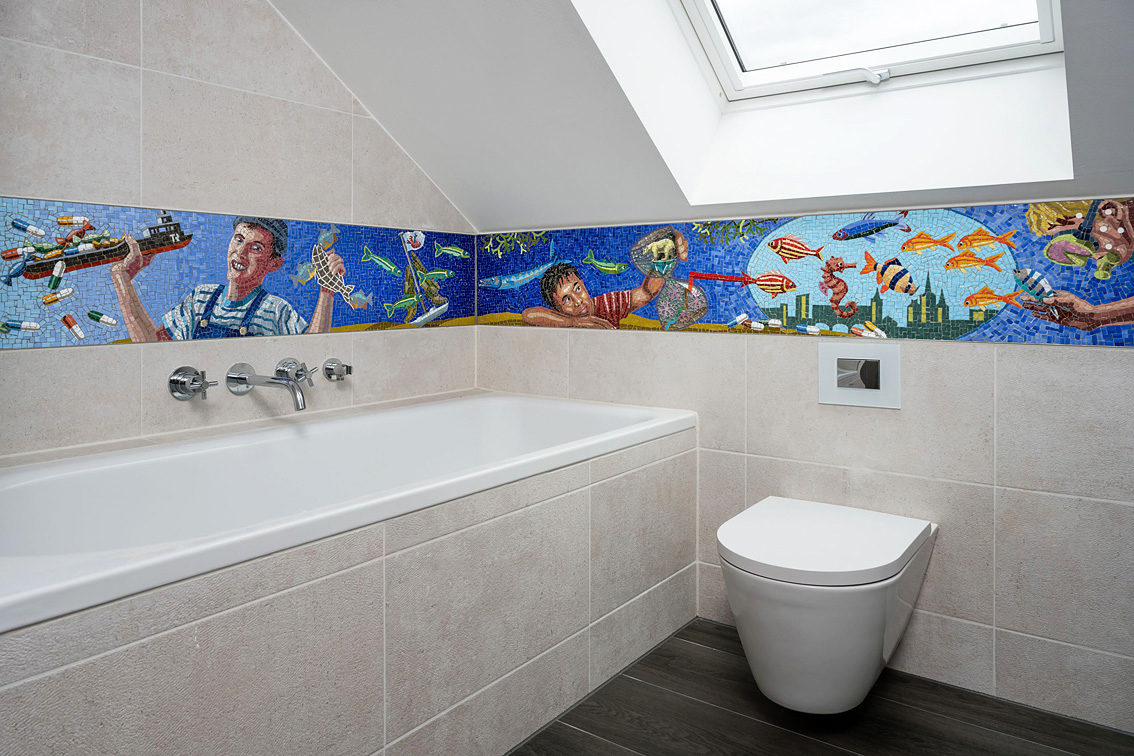 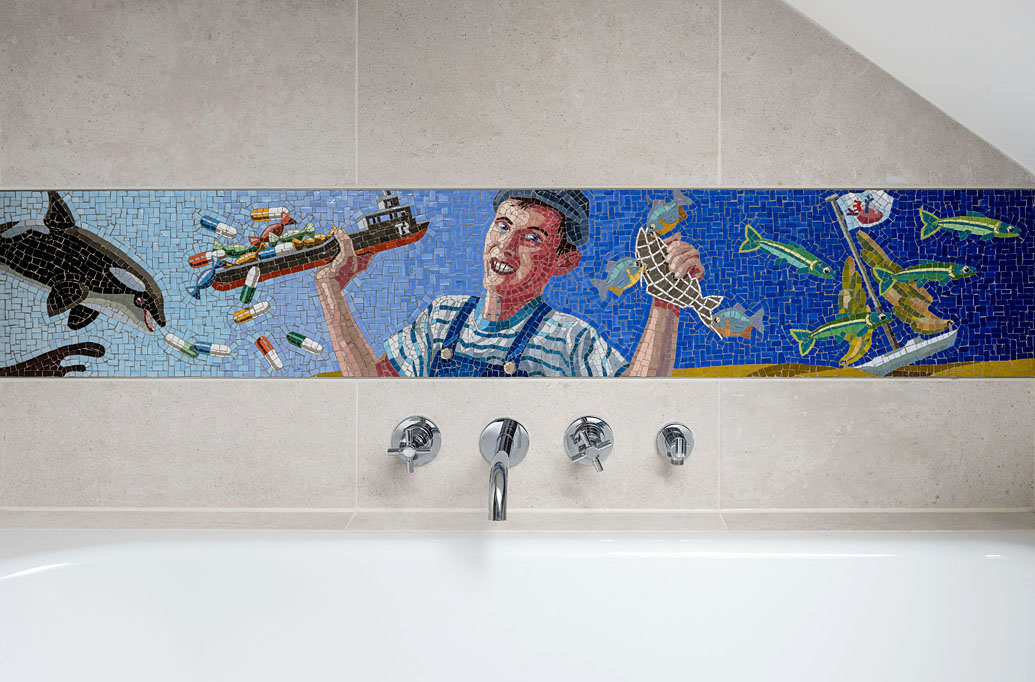 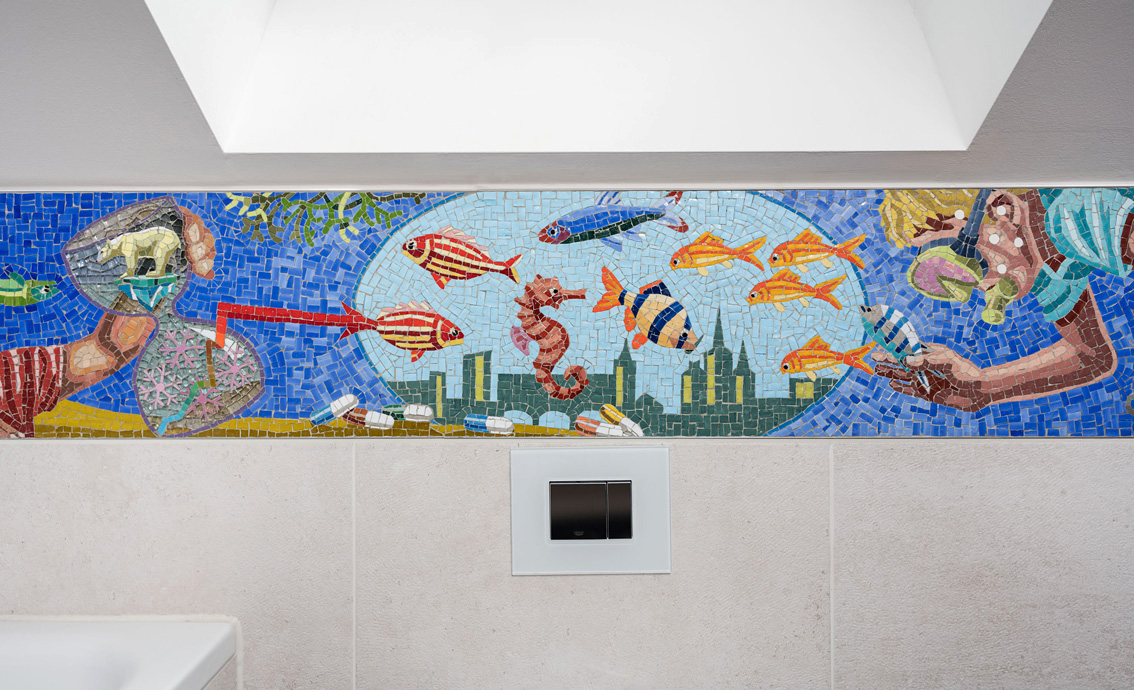 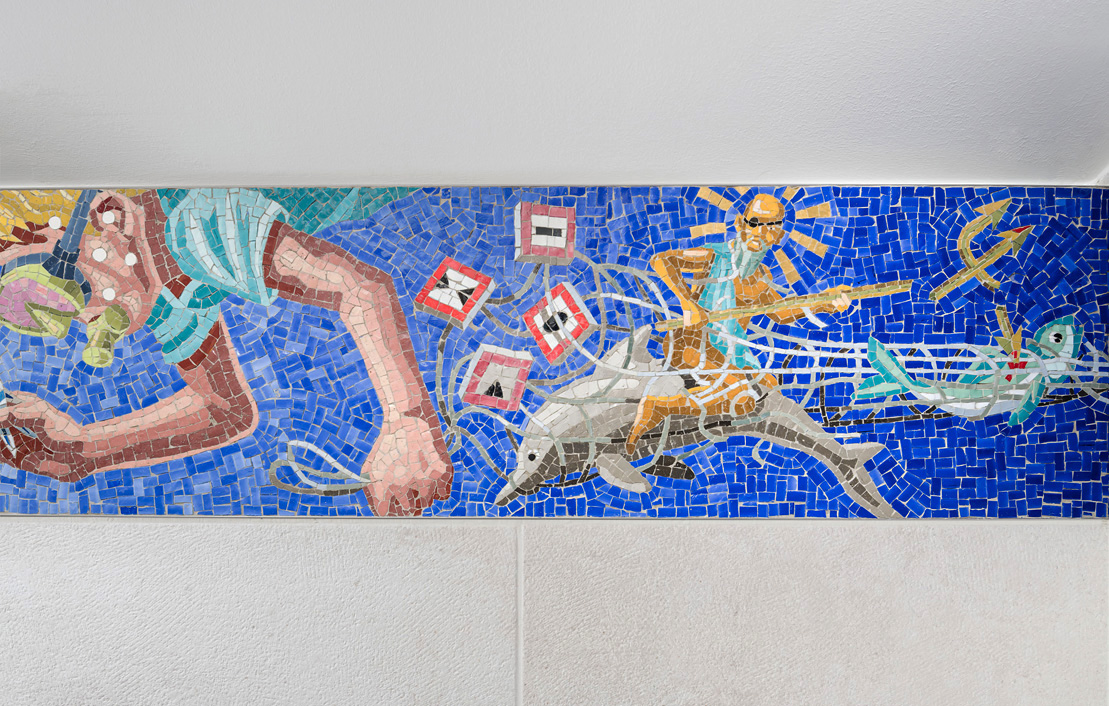 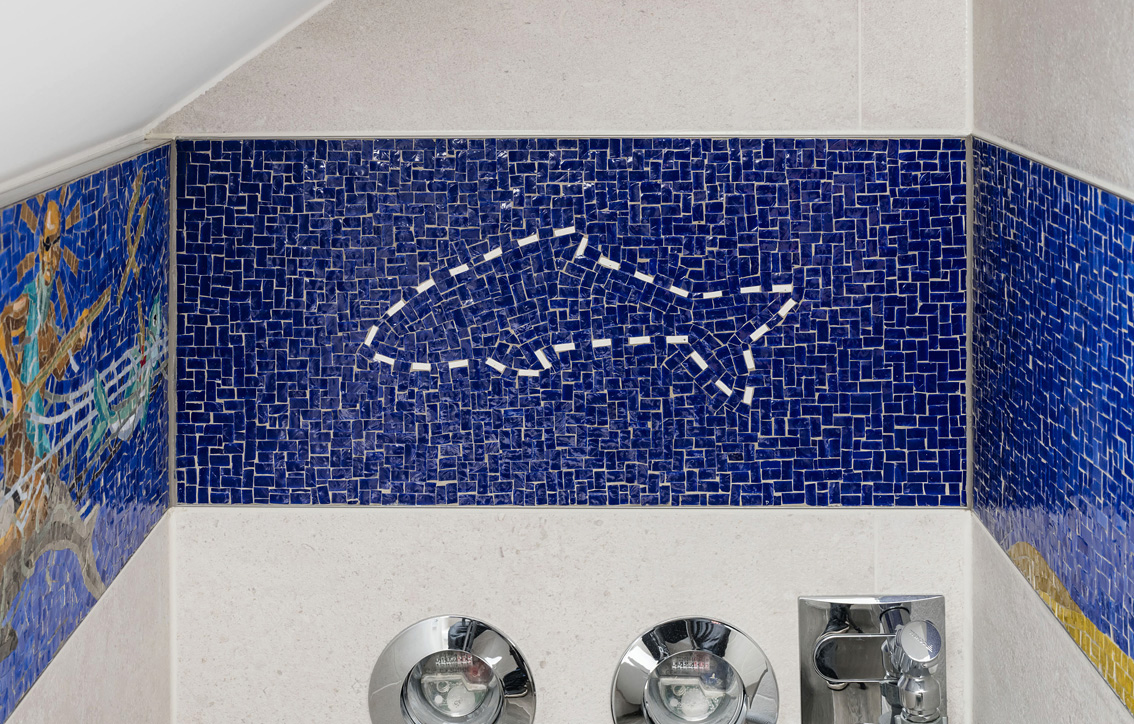 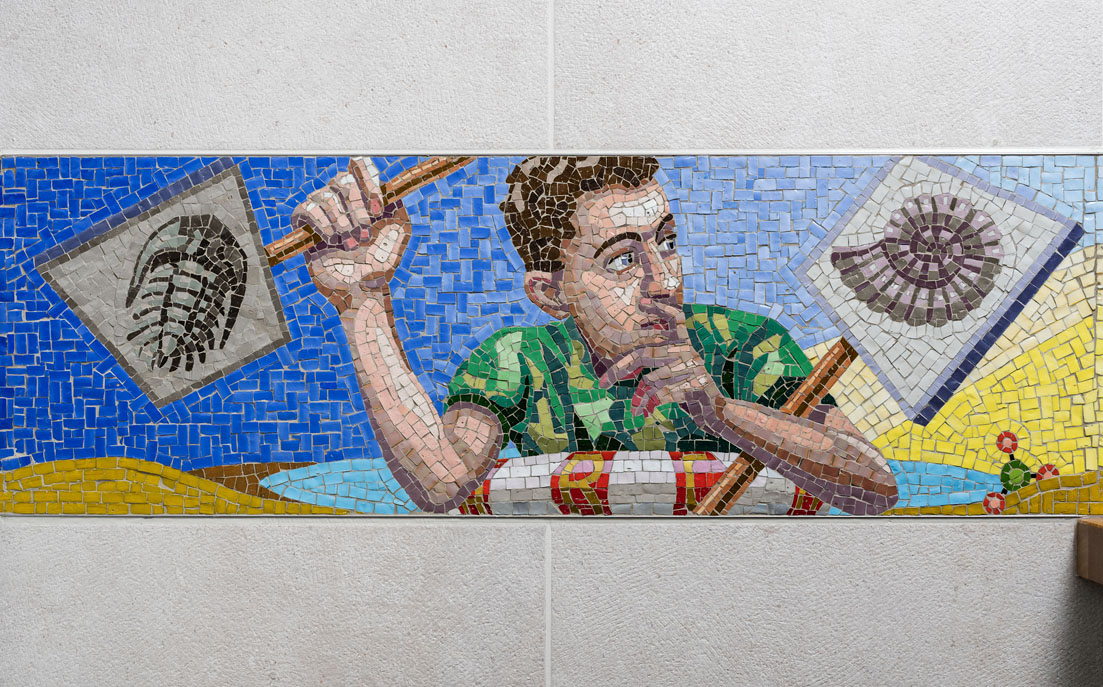 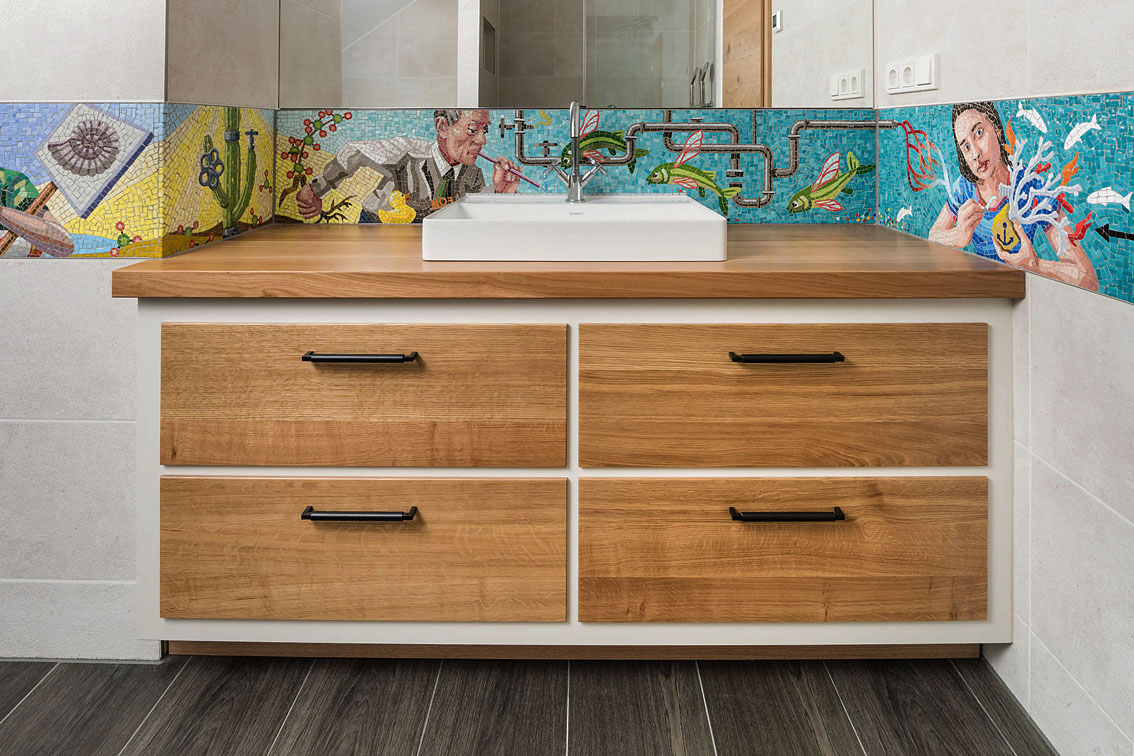 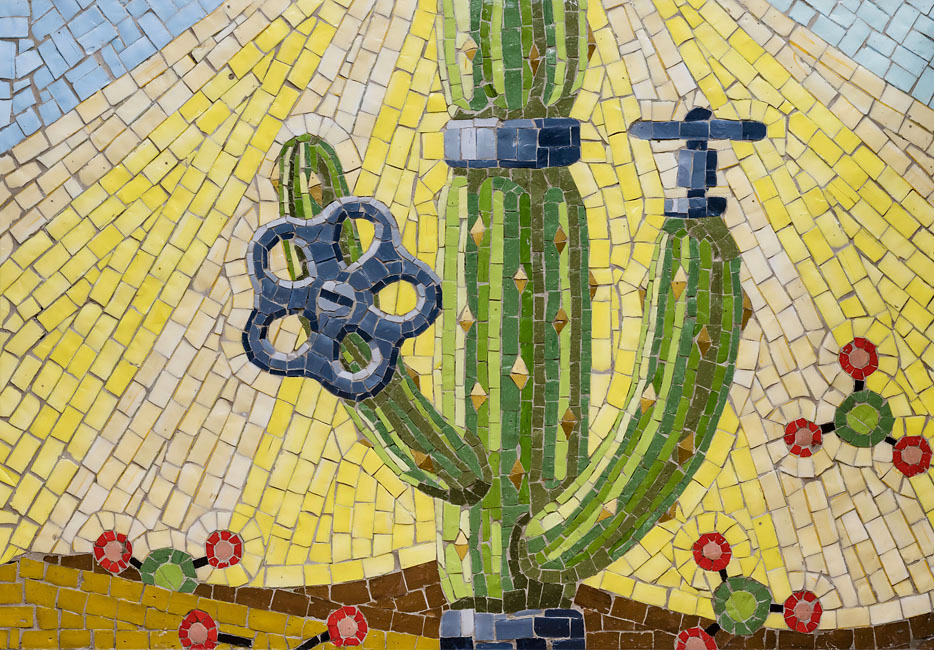 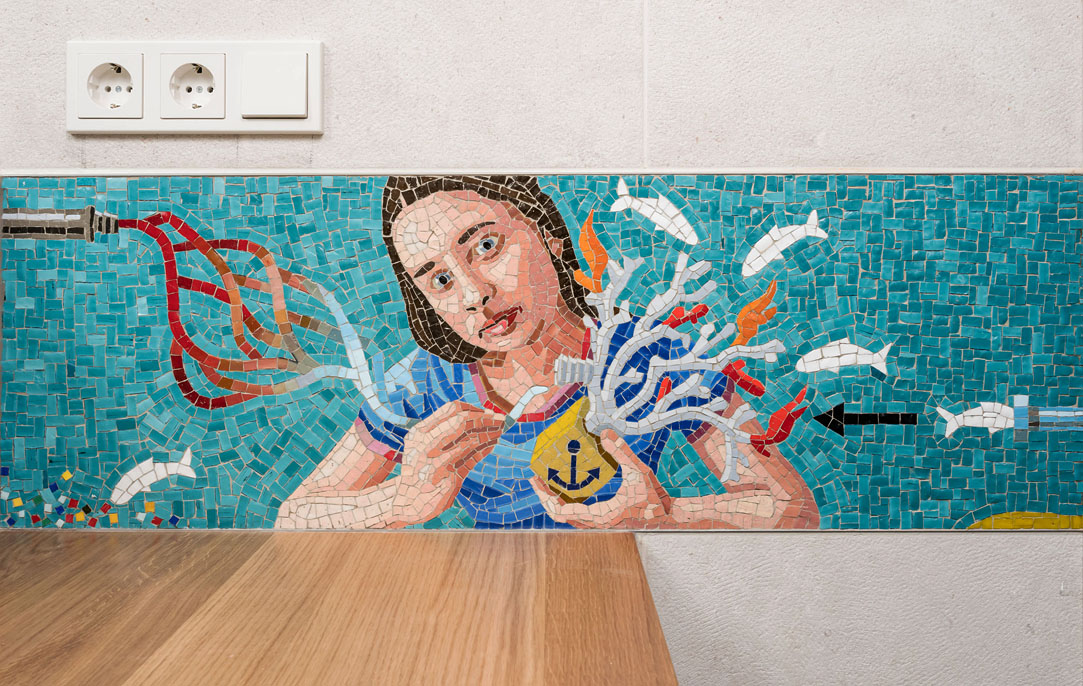 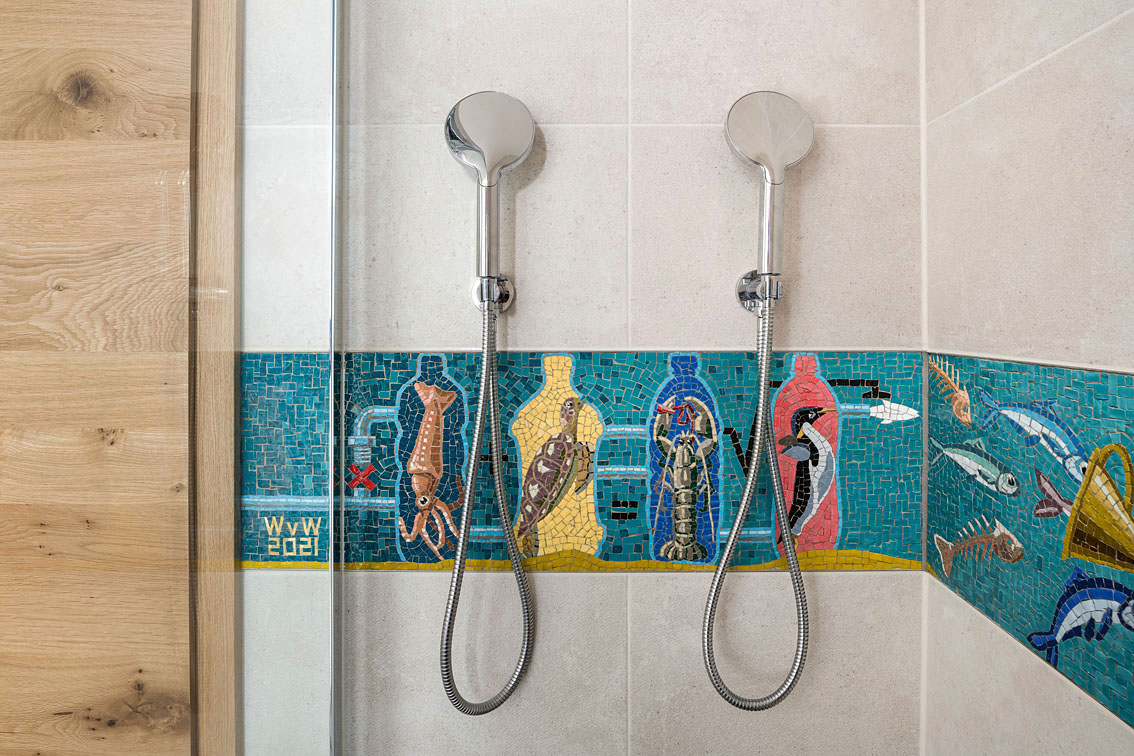 Mosaic frieze for a bathroom, Berlin, 2021

The twelve meter long frieze was created for the conversion of a bathroom in an attic apartment in Berlin.

The bathroom is the place in an apartment where we are directly connected to the element water, in which all life forms on earth have developed. The thematic starting point of this work should be our thoughtless and wanton handling of this basic element. There is a whole arsenal of motifs: fish, plants, corals, that is, the wealth of marine life forms, mythical aquatic creatures - from Poseidon to the swarm of plastic ducks that supposedly swim around the globe; Ships, of course - from tankers to Noah's Ark lifebuoy. But also the sea itself as a symbol of freedom and eternity, as well as its opposite: from water squeezed and made usable in pipes up to the veins of our body.

The symbols that I have developed from them, are related to the different functions of the bathroom. It is no coincidence that a kind of aquarium with colorful exotic fish is displayed above the toilet, the shower cubicle becomes a laboratory in which a “researcher” carries out her experiments and next to the sink a businessman competes with flying fish for the last drops of water that falls out of a leaky pipe.